Automatic photo cropping is an important tool for improving visual quality of digital photos without resorting to tedious manual selection. Traditionally, photo cropping is accomplished by determining the best proposal window through visual quality assessment or saliency detection. In essence, the performance of an image cropper highly depends on the ability to correctly rank a number of visually similar proposal windows. Despite the ranking nature of automatic photo cropping, little attention has been paid to learning-to-rank algorithms in tackling such a problem. In this work, we conduct an extensive study on traditional approaches as well as ranking-based croppers trained on various image features. In addition, a new dataset consisting of high quality cropping and pairwise ranking annotations is presented to evaluate the performance of various baselines. The experimental results on the new dataset provide useful insights into the design of better photo cropping algorithms.

To build this dataset, we first collected 31,888 images from Flickr and then employed worker on Amazon Mechanical Turk (AMT) to filter out inappropriate images, such as collage, computer-generated images or images with post-processed frames. The remaining images were than labeled by a group of photography hobbyists to annotate the best cropping windows. The crop windows were rated by AMT workers and only those crops that are rated as more visually favorable are kept in the dataset. The final dataset is composed of 3,413 images on Flickr with Creative Commons License. The following figure demonstrates some examples from our dataset. For each image, we further generated 10 crop pairs and sent them to AMT to determine their visual preferences. For more details of the image collection and annotation procedures, please refer to our paper. 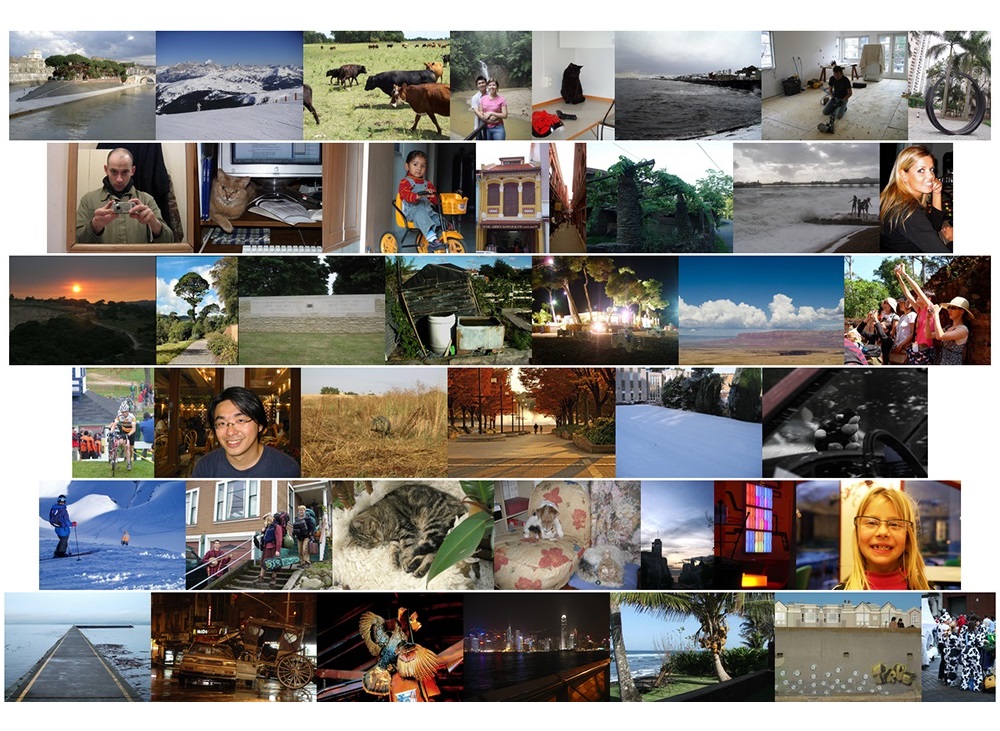 There are two types of annotations in this dataset: cropping and ranking.

With the cropping annotations as ground truth, we implemented several baseline algorithms and evaluated the performance of cropping accuracy. The following figure demonstrates several examples of comparing the ground truth and the best crop windows determined by various methods. For more quantitative analysis and performance comparison, please refer to our paper.

This work is going to be published in IEEE Winter Conference on Applications of Computer Vision (WACV) 2017. You can find a preprint version on arXiv.

If you use this dataset in an academic paper, please cite the following article:

If you have questions/suggestions, feel free to send an email to (yiling dot chen dot ntu at gmail dot com).